RSS
← sting
whose your daddy? →

I always get nervous when people actually remember something that I said to them. I’m much happier when my comments are more like snow that falls and melts into the grounded being of someone’s life, doing what it needs to, and the source to be happily forgotten.

And it’s really good when such forgetting takes place when the advice sucks.

But here’s my friend Lisa’s recent post and its reminder, right as I’m reading Parker Palmer’s Heart of Democracy and the book it led me to beyond it’s pages, Lincoln’s Melancholy by Joshua Shenk.

Much processing on depression and the “blue funk” going on in my head.

of course it’s a depressing read!

We can fight depression so hard. Push it, shove it, cajole it, chase it away with a multitude of hired Davids strumming their happy and hopeful kinnor tunes. And often the harder we try, the more persistent and entrenched it seems to be – which was the source of my advice to Lisa. Stop trying to bounce it, invite it in (since it’s already there). Offer it a “cuppa” coffee or tea, and sit a spell with it. Listen to what it would say, ask where it came from, where it’s headed to next.

Eventually it will get bored and find its way back out the door.

It was a bit tongue in cheek to put it this way.

But hopefully you get the picture.

Welcome the darker shades you find popping within you or lurking in the background. Learn to embrace them, and then weave them into the rest of your life. The darker threads have a place in the tapestry being woven through our lives. At least, that’s what I told her. It’s what I’ve tried to do in dealing with my own frequently melancholy spirit these past three decades – particularly through the dips and plunges of cancer and chemo, both in myself and in others.

Palmer puts it this way, as he processes his own battles with heartbreak and depression and comments on Lincoln’s experience:

What was then called “melancholy” first appeared in Lincoln’s twenties, when neighbors occasionally took him in for fear he might take his own life. Lincoln struggled with this affliction until the day he died, a dark thread laced through a life driven by the conviction that he was born to render some sort of public service.

Lincoln’s need to preserve his life by embracing and integrating his own darkness and light made him uniquely qualified to help America preserve the Union. Because he knew dark and light intimately – knew them as inseparable elements of everything human – he refused to split North and South into “good guys” and “bad guys,” a split that might have taken us closer to the national version of suicide.

Lincoln has much to teach us about embracing political tension in a way that opens our hearts to each other, no matter how deep our differences. That way begins “in here” as we work on reconciling whatever divides us from ourselves – and then moves out with healing power into a world of many divides, drawing light out of darkness, community out of chaos, and life out of death.

So, big bad blue funk, how ‘bout a cuppa? 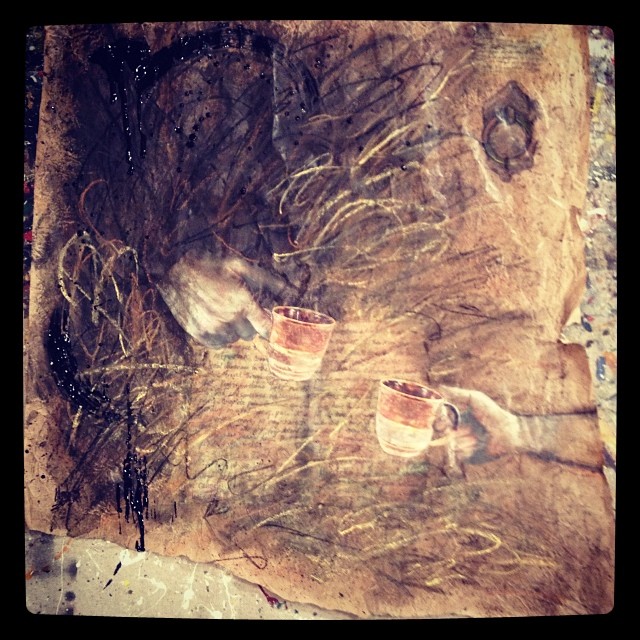 Posted by wordhaver on February 26, 2014 in Books, Suffering

← sting
whose your daddy? →