Go for a slow and mindful walk. 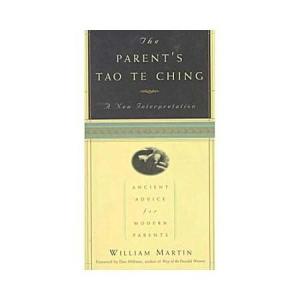 Love this piece of parenting advice from The Parent’s Tao Te Ching: Ancient Advice for Modern Parents by William Martin.

Yes.
I was far too fast as a parent.
Far too fast.
Lessons, I think, were too much like frontal assaults. They tended to suffer from the same sledgehammer effect that afflicts most attempts at movie-making by Christians.
We’re far too explicit, far too direct.
It’s the art of the oblique, the indirect. Ehud parenting. Left-handed, minus the dagger.

“Train up a child in the way he should go,
and when he is old, he will not depart from it.”

“Train” conjures up the instruction regarding facts and procedures; external principles being transferred through classroom impartations, when the metaphor employed by the proverb is much more primal and intimate. It is the mother touching the palate of the child she would wean by sharing whatever she happens to be chewing. There was no “Weaning 101” class where the child was taught the value and necessity of leaving the breast for the brisket. There was only the seeking out and utilizing of natural palate touching moments, of sharing what was being chewed and in so doing shaping tastes that would not only draw the child from teat to table, but would shape appetites that would last a lifetime.

This extends far beyond the weaning of a child. It reaches all meaningful relationships. It informs (or should inform) all mentoring walks, for they should be just that, mentoring walks. Slow and mindful. No desire to teach great things is here. The best mentor is the one who isn’t trying to be one. The best mentoring sessions are the ones that are anything but that.

This is at the heart of parenting, of mentoring, of friendship.
The sharing of what I happen to be chewing upon at the moment, of the little things that are catching my eye.

And that we are moving slowly enough, and closely enough, to do the sharing… 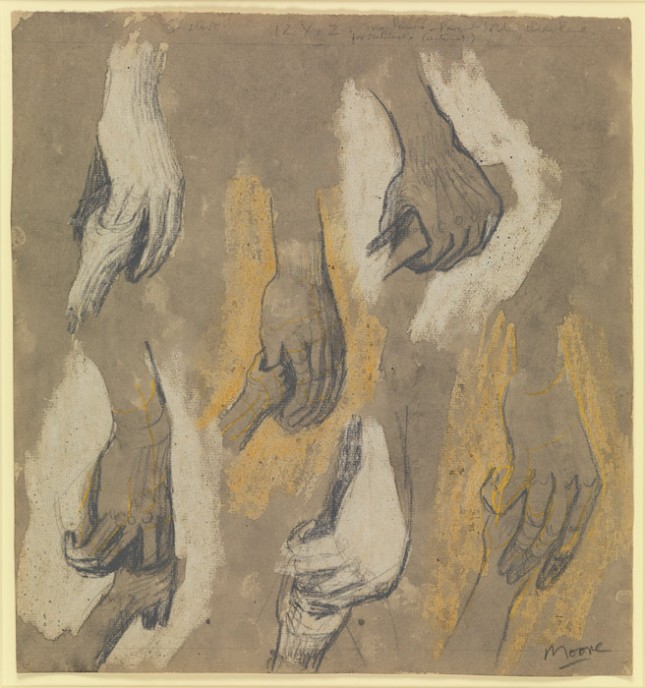 Francis was a recent college graduate from the Midwest who had moved to our community, employed to teach high-school biology. He had no social graces but made up for it by being exceptionally intelligent. He always spoke to me as he left worship. What he said was always a criticism of my sermon. Sometimes he corrected my grammar or pronunciation. Sometimes he argued with my interpretation of a text. Sometimes it had to do with failing to address a social or political condition that needed dealing with. But always something. It wouldn’t have been so irritating if he had been ignorant or misinformed, but he was mostly right. And always rude. It was a relief to have him return to his parents’ home near Chicago for the summer vacation. But he continued his harassment – it felt like harassment – by means of letters. He had taken me on as a cause. Two years later he moved back to the Midwest, and I thought he was out of my life. But he wasn’t done with me. A sermon tape his friends sent him would set him off, or a book of mine he read. After three or four years, he lost interest. Concluding, I am sure, that I was incorrigibly unteachable. Eugene Peterson, The Pastor p. 122

I’ve known several of them, in fact, over the years. Going through a significant church paradigm shift over a decade ago accelerated the “Francis-writing-you-off-factor,” but another Francis always seems ready to step into the gap, God bless him (or her).

Perhaps what makes me shudder most is contemplating when in my life I have been Francis to someone else. I don’t even know if I have the courage to ask that question.

A Francis taking you on “as a cause” can be trying enough. Peterson at least acknowledges that his Francis was intelligent – that what he lacked in social graces he made up for with smarts. Does it really help me deal with a Francis knowing that he is mostly right, even as he is always rude? Perhaps so. All I have to do is think of a Francis or two I have known that not only missed the manners but also lacked the intelligence (but thought they didn’t). In that scenario what you’re left with is Francis the Talking Mule. Definitely worse.

So what do we do with Francis? Bear with him, love him, pray for him, thank God for him. And we’ll probably still be relieved when he finally “writes us off.” Perhaps the most pertinent question is how I can avoid being a Francis myself; and to avoid being a Francis is to understand what makes Francis, well, Francis.

Taking on people as a cause, making them a project, making it your personal business to correct them grammatically, theologically, politically, morally, philosophically, sermonically. That’s seems to be a big part of it. Move over, Holy Spirit. Here comes Francis. I remember hearing the observation years ago that we never do so much harm as when we intend to help and mentor someone; that so much of healthy mentoring happens on the road rather than by appointment. Observing Jesus and the twelve, it seems that so much of his “mentoring” happened as he went, and that his life was filled with passing touches. Just think of all those miracles he performed and then sent the people away. “Pick up your mat and go home.” “Go and sin no more.” I don’t think he made Jairus his personal project. And we don’t even know the name of the paralyzed man on the mat.

When you don’t have to be Francis for someone, what freedom then to speak blessing as well as to say the harder things, and leave it there for God to use as He wishes as you watch them go on their way. The freedom to be that passing touch as well as the freedom to pursue those handful of deeper relationships so you can experience enough of life together to actually have something meaningful to say to one another. I suspect Francis has much to say to many about everything, correcting and setting straight, editing and critiquing, frequently right but always rude, always surface, always shallow.

And Francis has to talk. Reading through Job again earlier this year, I had a startling epiphany: I really don’t like Elihu. If you’ve read Job, you know Elihu, that impulsive, compulsive young man who listens to the old timers until he just can’t take it anymore and just has to speak (Job 32-37 – that’s right, six chapters straight in what has to be the longest speech up to that point). I used to admire Elihu. I admired his passion, his boldness – relishing the fact that a young man can know just as much if not more than his elders. It’s just now I see him from the other side, and I see Francis. Francis/Elihu “waited out the words of Job” for he was his elder, but then he just had to talk. How he describes his compulsion to speak is comical. “I am full up with words, the wind in my belly constrains me; Look, my belly is like unopened wine, like new wineskins it bursts” (32:18-19). Gas. Flatulence. Francis. And as he relieves himself his verse is boilerplate and flat and trite. God doesn’t even acknowledge that he has spoken. What an interesting feeling to find myself laughing at Elihu/Francis – laughing at myself. So much of my preaching has been sheer flatulence. So much of the preaching I still hear or read is “wind in the belly” merely finding it’s way out.

“The fool utters all that is in his heart but the wise man has the wisdom to show restraint.” Francis must speak. How wonderful to be free not to. “He does not quarrel or cry out; his voice is not heard in the streets.”

You may see other factors at work in your Francis.

Regardless, may we learn to love him in his rightness and wrongness and rudeness.

And may we each have the grace to be so much more – and less.

Posted by wordhaver on April 7, 2011 in musings